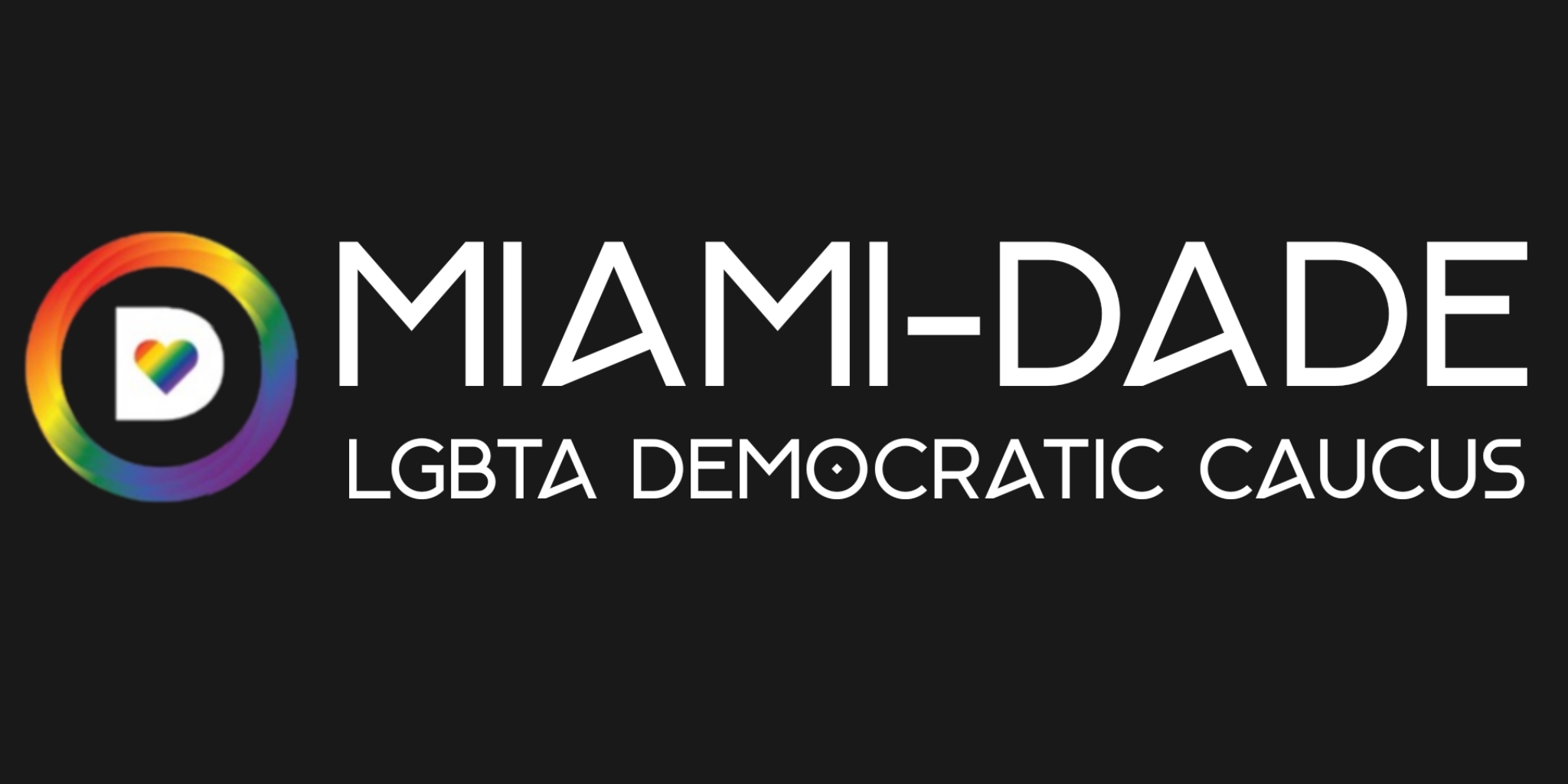 We, are the members of The Miami-Dade Lesbian Gay Transgender and Allies (LGBTA) Democratic Caucus a chapter of the state of Florida LGBTA Caucus, united in a common purpose, to strengthen and further the ideals and principles of the Democratic Party, which recognizes and promotes diversity, good will, and respect for all members of the community.

The Caucus works to elect progressive leaders to all levels of government, from the municipal governments to Tallahassee to Capitol Hill and the White House. We also defend and promote equality for the LGBTQ+ community. We meet on the third Thursday of every month at 7:30pm. We are currently meeting virtually, due to the pandemic, but we hope to meet in person again soon.