Lawmakers Ramp Up Bills That Would Affect LGBTQ+ Students 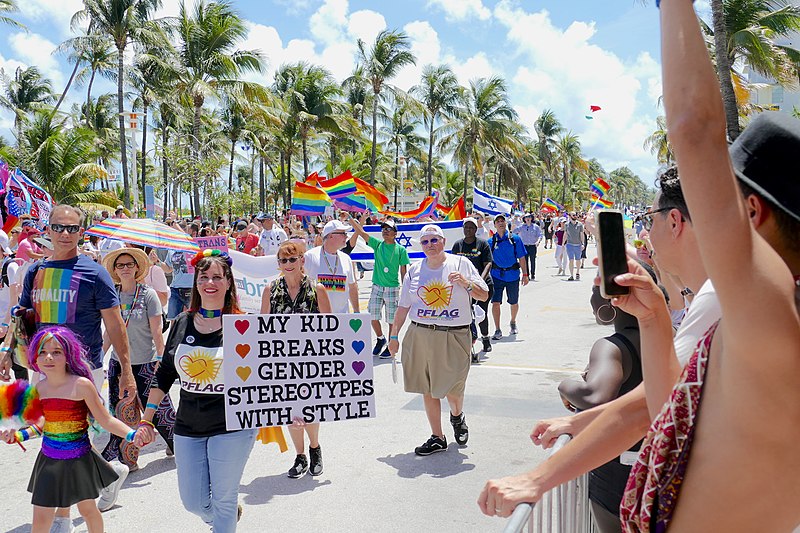 Brooke Baitinger writes in the Orlando Sentinel: As lawmakers in Florida take aim at prohibiting instruction around racial equality in classrooms, some are now also trying to limit conversation about gender and sexual orientation in schools with a bill that will be voted upon later this spring.

The bill’s sponsors, including Sen. Dennis Baxley, present it as a mechanism to preserve parents’ rights in education, but critics say it would ultimately police what students and teachers can discuss in classrooms regarding gender and sexuality.

It was one of five bills filed during the first week of Florida’s 2022 legislative session that would affect LGBTQ+ students in school, and those seeking medical care.

The bills represent an increase in such legislation. Last year, lawmakers passed the transgender athlete ban, which the bill’s sponsors called the “Fairness in Women’s Sports Act,” banning transfeminine athletes from competing on girl’s and women’s school sports teams. But prior to that, there was very little legal activity from Tallahassee that sought to legislate gender and sexual orientation.

“This is an agenda that has nothing to do with the life of Floridians,” said Nadine Smith, executive director of Equality Florida, a LGBTQ+ nonprofit group. “These bills would have a chilling effect, banning discussions of the existence of LGBTQ+ people, making students more vulnerable, more isolated, invading the most personal conversations between doctors, parents, and young people.”

The bills are aimed at “dividing, scapegoating, and dehumanizing,” and would ban honest conversations about race and gender identity, Smith said, pointing out that LGBTQ students often don’t live in safe or supportive home environments, making teachers or doctors the only safe adults they have access to.

Other lawmakers have partnered with Equality Florida to publicly oppose the bills, which they said would harm all LGBTQ+ Floridians.

SB 1834/HB 1557 does not ban LGBTQ+ conversations outright. Instead, it prohibits a school district from encouraging classroom discussion about sexual orientation or gender identity until middle school.

Lawmakers who oppose the measure, including Rep. Carlos G. Smith and Rep. Michele Rayner, questioned whether that would be the reality in practice, and dubbed it the “Don’t Say Gay” bill, calling it an attempt to put LGBTQ+ people back in the closet, erase their experiences and set back the progress of the last 50 years since the 1969 Stonewall Riots sparked the modern day Pride movement.

“The ‘Don’t Say Gay’ bill... it’s going to effectively erase history by banning classroom discussion about anything gay or trans in K-5,” said Smith during Equality Florida’s news conference. “That’s what the bill does. The language is very clear. There’s a lot of homophobic people who are out there who don’t think any conversation about the existence of LGBTQ people is age-appropriate.”

Mycheal, a genderqueer student in Florida, spoke at the news conference alongside their parents about the harm the bill could cause.

“Something that really upsets me about this is that they’re treating talking about being trans and discovering these identities as if it’s a crime,” they said. “Being trans is just normal. It’s not normalized. But it is normal. The only way I discovered this identity inside myself is because I had these conversations.