Candidates were invited to fill out a questionnaire about their positions on a number of topics, including the rights of same-sex couples to adopt, anti-bullying measures in schools, the fair and equal access to essential healthcare for transgender persons, support for safe and legal abortion, gun safety legislation, and other Democratic priorities. To receive our endorsement, candidates needed to fill out the questionnaire and receive the ⅔ majority vote of voting caucus members. In this case, all candidates were endorsed unanimously.

All the candidates we endorsed tonight impressed us with their thoughtful answers to our questionnaire, and also with their commitment to LGBTQ+ equality in the state of Florida. They understand that the Florida Legislature should not be a place to bully any Floridians and that our community can not be a political football. 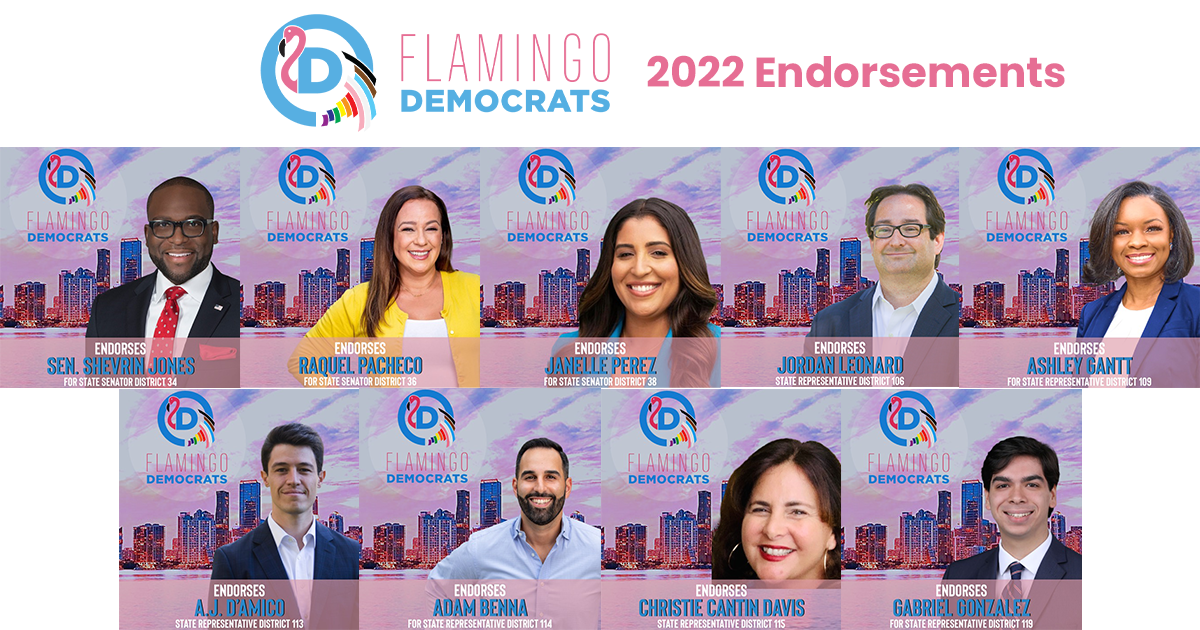